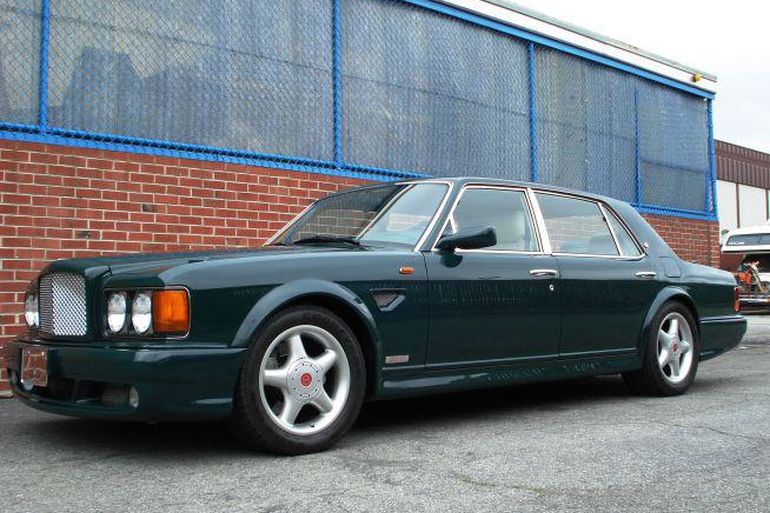 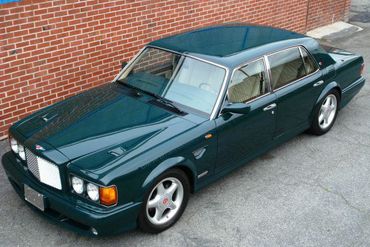 The Turbo RT Mulliner is the ultimate version of one of Bentley’s greatest cars of the modern era. It is based on the Turbo R, which was originally introduced in 1985, and met with critical acclaim for its spectacular combination of craftsmanship, luxury, and performance. Until the Turbo R, most of the Bentleys built during the postwar period were simply rebadged Rolls-Royces (with the notable exception of the R-Type Continental and a handful of others). The Turbo R, with its 385hp turbocharged 6.75 litre V8, larger sway bars, more aggressive damping rates, wider alloy wheels, and more aggressive exterior treatment was the first Bentley in a long time that embodied something of the spirit of the legendary Bentleys of the past. By the time the model arrived in the United States in 1989, the cars were equipped with fuel injection, and the cars were updated continuously until the end of production in 1998. The latest examples are considerably more developed when compared to earlier ones, reflecting the contemporary mechanical and convenience improvements. The Arnage emerged in 1999, marking the first of the Bentleys deigned under BMW’s ownership of the company. It was powered by a 350hp 4.4 liter BMW V8 and marked the end the era of the fully British Bentleys.

The Turbo RT Mulliner was an extremely limited edition (55 examples worldwide, and reportedly 12 in the United States) that incorporated a number of special features above and beyond the improvements included in all late Turbo R’s. Mechanically, the car was fitted with an even more powerful 420hp engine, which made no less than 590 ft lbs of torque. The track was widened and the car fitted with 18-inch wheels wearing 285 width tires all round. Externally, the car features deeper front and rear bumpers with mesh inserts, and flared wheel arches to accommodate the wider wheels. The grille is of the matrix type, and there are mesh vents in the bonnet and front fenders, in addition to a large single exhaust outlet. The interior also featured a number of changes, including large red starter button for the engine, alloy instrument surround, and drilled alloy pedals.

Thanks to its low mileage, this car is in excellent condition. The paintwork is in very nice condition, with superb luster and extremely light swirl marks only. The car has a handful of blemishes in the form of chips on the bumpers and on the front of the car, commensurate with its mileage. The chrome trim is excellent, as are the lamps and glass. One of the front turn signal lenses has a hairline crack. The wheels and tires are in very good shape, though the right front wheel has light curb rash on it. Close inspection reveals that the front brakes have no less than two calipers, and that the rotors are nearly an inch and a half thick.

The interiors of these cars are nothing short of spectacular. One does not realize how much plastic the average modern car interior (even in a relatively nice luxury car) has until experiencing this car. With the exception of some of the switchgear, almost everything inside of this car is made of natural materials. Wood, leather, metal, and wool are the rules. The headliner and visors are covered with leather, as are the dashboard, center console, and even the rear shelf and seat frame trim. The doors shut with such tremendous authority and solidity as to be awesome, while the overall experience is incredibly special and incredibly hedonistic. The engine is actuated with a large red starter button as a nod to Bentley`s motorsport past, which also adds even more to the sense of occasion associated with driving this car. The sense of occasion is conveyed through almost every detail of the car, in particular the numerous special features such as the rear speedometer, picnic tables, and C-pillar vanities. The interior is in excellent condition, with only light wear to the driver’s seat, and minor shrinkage to the leather on the center high mounted brake light on the rear parcel shelf.

The engine compartment and trunk are both like new, with no appreciable signs of wear or damage. The trunk is upholstered with nicer carpet than most cars use in the interior, and the optionally fitted umbrellas are impressive too. The full tool set, triangle, and service book all live in special compartments inside the trunk, and appear never to have been used.

The performance of this car is quite remarkable and perhaps even slightly laughable. A car this size that goes, stops, and turns as well as this is especially incongruous, but the performance is legitimately impressive for a car of any size. The tremendous torque moves the car with great authority and a wonderful sound, and the car is extraordinarily composed when cornering. The brakes are very capable and the driving position extremely commanding.

With just 12 examples of the Mulliner RT in the United States, this is an extremely rare opportunity to acquire one in what is arguably the most attractive color combination. The other examples in the United States are white, silver, and black, and there is at least one other dark green example, though that car is metallic green and has a less attractive dark green interior. This example is a very highly optioned low mileage example, and represents the ultimate development of the traditional Bentley. The appeal of this car is further enhanced by its numerous special features, and its level of performance and luxury make for an extremely rare car that is at once outrageous and understated. 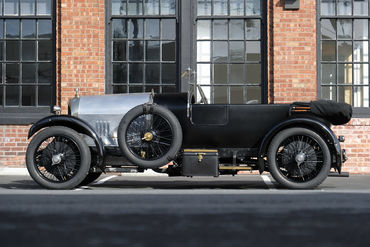 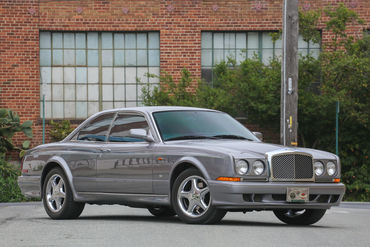