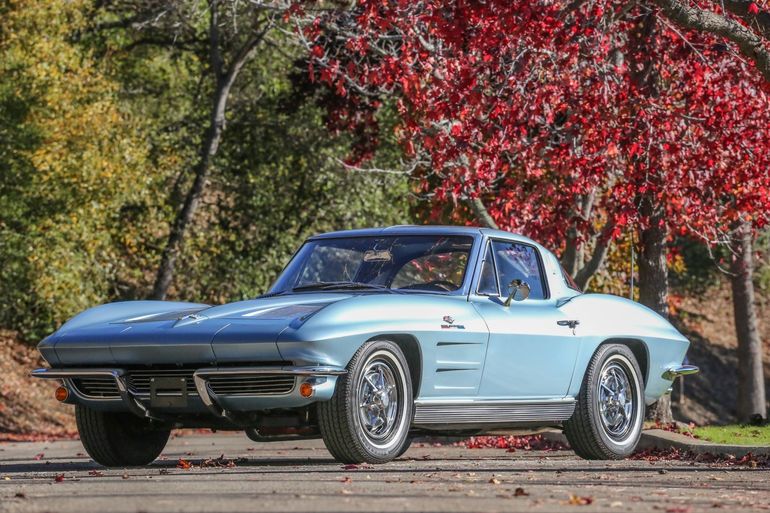 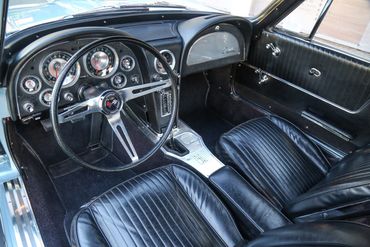 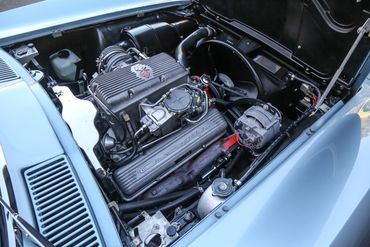 Although originally launched in the early 50s as a charming six-cylinder boulevardier, within a short period of time, racing victories mounted, designs became more dynamic, and the Corvette was vaulted into the pantheon of great American performance cars. Even among the finest European cars of the 60s, the Corvette set top performance standards at a reasonable price. The all-new 63 Stingray however, was a stunning revelation of design and performance. Captured initially by the youthful Pete Brock and refined by Corvette designer Larry Shinoda, the 63 split window was a phenomenal visual achievement enhanced by power and handling from performance legend Zora Arkus Duntov.

Topping the 1963 performance offering, the Fuel injected 360 bhp 327 L84 engine would catapult the Corvette to 60mph in an exhilarating 6.0 seconds. But straight-line performance was only part of the story as four-wheel independent suspension made handling far superior to earlier iterations and the benchmark for years to come. Sales were remarkably strong for the all-new Corvette, but only 2,610 Fuel-Injected Corvettes were ordered from the factory in 1963, 1300 of which were split window coupes.

This particular car is an exceptionally correct and undisturbed example which has won the NCRS Bloomington Gold award, the Chevy Nationals “Gold Spinner Award” Corvette, and the NCRS “Top Flight” award, all testaments to its superb quality. According to the original MSO delivery documents included with the car, this Corvette, #111297, was manufactured March 6, 1963 and dispatched to Luby Chevrolet, Miami, FL. It was then delivered to Benz Chevrolet in Lake Worth, FL April 18, 1963 and sold new to William J. Blanchette. Purchase paperwork shows assignment to Mr. Blanchette and subsequent Certificate of Title in his name through 1965. Shortly after that, a long-term owner retained the car until 1990. That year, the car was brought to a highly reputable Florida restoration shop specializing in top Corvette restorations. True to their reputation, the car was restored to an exceptionally high standard with the goal of achieving the coveted NCRS Gold award. Remarkably, the Corvette had been so well preserved and maintained and had never received any body damage, nor had the body ever been removed from the frame. As a result, the factory body and frame integrity was maintained with the body remaining on the chassis throughout the careful and meticulous restoration.

Over the course of roughly a year, the car was carefully restored and thoughtfully prepared with attention to correct details, markings, factory finishes, and of course the preservation of the original engine and transmission. When possible, all original components down to the smallest details were removed and reconditioned to maintain the highest level of authenticity possible.

In 1992, the intense restoration and research efforts were rewarded with the car achieving the NCRS 1992 Top Flight award for “Excellence in Restoration and Preservation.” Sixteen years later, in 2008, with freshening and mild mechanical preparation this remarkable Corvette would go on to achieve the NCRS Bloomington Gold award, the Chevy Nationals “Gold Spinner Award” Corvette, and the NCRS “Top Flight” award. These three highly regarded awards, having been bestowed upon a single car, resulted in the car also being awarded the “Triple Crown” – one of the most coveted awards any Corvette can achieve when winning these three awards. During the history of the car, ownership included Muscle Car Nationals Judging Chairman and National Judge, Bill Braun who has remarked that the car is “One of the most exceptional restored examples in existence. This is a real-deal, never damaged factory original FI car with correct numbers and components. Beautifully restored and a delight to drive.”

Under the care of the current owner, Corvette restoration expert Jeff Read performed a comprehensive transmission rebuild in 2015 and replaced a steering coupler. Further recent work includes replacing the Fuel Injection rubber seal for the injection fuel pump and most recently the original master cylinder was re-sleeved with stainless steel and a new radiator and correct coolant hose was installed. Remarkably complete and exceptionally correct, this Corvette truly embodies the finest Corvette of this era. As is the case with all Corvettes and their numeric classifications, markings, and factory designations, all of these items are subject to scrutiny from a range of experts, often with varying opinions. We recommend and encourage independent professional evaluations by your preferred inspection service to confirm your satisfaction, but underscore the achievements of this car as testaments to its quality.

Today, this remarkable split window Corvette presents exceptionally well, having benefited from the care of marque experts and dedicated Corvette enthusiasts. The restoration has mellowed nicely over the years, with some small paint blemishes but very few other flaws to speak of. There are some small stress cracks and light chips to the paint, which was done with correct factory metallic and remains glossy and consistent, having been skillfully applied with excellent coverage and proper preparation. The body exhibits excellent fit and finish. Close inspection of the body reveals correct shims, and factory bonding lines indicating the body has never been damaged or removed from the frame. The retractable headlight doors are smooth and nicely fitting, opening and closing per factory specifications. The chrome trim, badges, and various exterior elements are wonderfully finished, showing a fine luster, clean detailing, and proper fit to the body. The wheels are trimmed with correct factory wheel covers. The glass, lights, and lenses are all in excellent condition including the rare tinted windshield. The exterior presentation overall is still very crisp, despite the restoration having been performed some years ago, and it is clear that this car has always been an exceptional specimen, rather than having ever been neglected and then resuscitated.

Inside, the car continues to impress with an interior that has been faithfully restored to original specifications. The high quality materials used throughout the interior remain in excellent condition showing little to no wear from use. The instruments are colorful and highly detailed including the switches, bezels, and radio. All interior components have been properly fitted per factory specifications, with a look and feel that reflects the top-level performance offering of that era.

Under the hood, the restoration details and attention to accuracy continues to impress even the most particular Corvette judges. While some of the fasteners and hardware have seasoned over time, it would take a meticulous expert to notice any variation from new, as the presentation is quite spectacular and has a wonderfully authentic appearance. The prominent casting plenum housing the Rochester Fuel Injection is correctly finished, matching the finned valve covers, delivering a competition appearance supporting the 360hp. Underneath the car, the suspension, driveline components, performance equipment, and factory brakes all appear correctly restored, displaying excellent finishes and only minor evidence of use. As one might expect from a car of this caliber, the attention to detail goes far beyond cosmetic and mechanical presentation. Perfectionist care has been spent to finish this car to NCRS Gold standards with factory exact coatings, finishing techniques, and undercarriage detailing that rivals any of the very best cars in the nation.

The car starts easily and settles into a smooth, throaty idle. The mechanical fuel injection has been properly serviced over the years and continues to offer good performance due to recent freshening and adjustments. It has none of the temperamental character that is present in these cars when they are improperly maintained or set up. Driving this car is a revelation for what a true factory original car was meant to deliver. There is no excessive rattling, cowl shake, or shudder. The 4.11 rear end provides spirited acceleration in any gear. Proper road manners and spirited performance truly reveal the original engineering intentions revealed in the independent four-wheel suspension and balanced performance output. Factory documentation, Bloomington Gold certificate, original documentation, owner’s manual, and other awards accompany the car.

Beautifully restored and ready for any event or show, this rare and desirable 1963 Corvette Fuel Injected split window coupe is ready to continue its decades of show winning performance on the streets or the Concous green. In every respect this car truly represents one of the finest examples of performance excellence built in America. 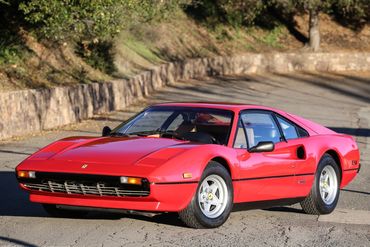 Driven to 2nd in Class at the 1972 24 Hours of Daytona by Maurice and Roger McCaig. Multiple Historic Racing Victories.... 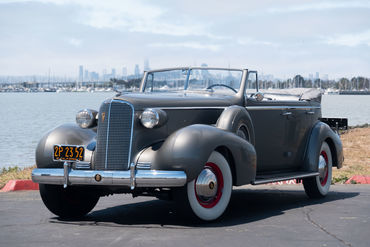